The first cryptocurrency, Bitcoin, was born in 2009 and has since grown to become one of the most revolutionary financial technologies in history. Since its inception, thousands of other cryptocurrencies have been created, with thousands more following their footsteps on a daily basis. It’s easy to see why this technology has gained so much popularity; it has the power to dramatically transform nearly every aspect of our lives and may even lead to a better future than we could have ever imagined. To get an idea of how far this industry will go in the coming years, let’s take a look at what lies ahead…

In the past decade, Bitcoin has established itself as the preeminent cryptocurrency. However, altcoins have also gained popularity and market share. So, where will the cryptocurrency landscape be in 2030? There are many competing theories on this subject, but few definitive answers. Some experts believe that Bitcoin’s dominance is guaranteed due to its first-mover advantage and large network effect. Other predictions point to a rise in non-Bitcoin cryptocurrencies such as Ethereum or Dash for becoming more popular than the reigning king of crypto, while some speculate that crypto will soon go the way of MySpace or other outdated technologies that were once heralded as revolutionary new inventions. The future is murky at best when it comes to predicting what will happen with cryptocurrencies like Bitcoin or even whether cryptocurrencies themselves are here to stay. What we do know, however, is that this decade has been defined by the meteoric rise of cryptocurrencies. From humble beginnings and a value of just one cent per coin in 2010 to an all-time high valuation today of over $5,000 per coin (as of January 2018), there’s no denying the incredible impact that cryptocurrencies have had so far. What does the next ten years hold for these groundbreaking digital currencies?

By 2030, the cryptocurrency industry will be worth an estimated $1 trillion. Bitcoin will continue to be the dominant coin, with a market share of 60%. Ethereum will be a distant second, with a market share of 20%. The remaining 20% will be split among altcoins such as Litecoin, Monero, and Zcash. Crypto-based investments will become commonplace as mainstream investors seek new opportunities for their money.
The idea of crypto being used for everyday transactions is still a long way off, but it’s likely that online shopping (especially cross-border) and remittances could one day be mostly powered by cryptocurrencies.
Crypto exchanges may emerge on sites like Amazon or Facebook, who are already considering ways to integrate cryptocurrencies into their payment systems.
Crypto ATMs are still rare – less than 2% of people have used one – but they’ll proliferate rapidly in high foot traffic areas like airports or train stations. While some countries will ban them, others might mandate them so that residents can withdraw cash from their digital wallets.
Bitcoin mining has been getting more expensive over time. Miners use increasingly powerful hardware to solve difficult math problems; currently there are about 10 million computers solving these equations worldwide. As competition heats up, miners need to spend more on electricity costs and hardware upgrades just to stay competitive – the difficulty of the math problem increases at regular intervals until 2020 when it becomes impossible for classical computers without quantum computing capabilities to solve them.

The Current State of the Crypto Market

It’s been a wild ride for cryptocurrency investors over the past decade. In 2010, the first Bitcoin exchange opened and the price of a single Bitcoin was just $0.08. Today, Bitcoin is worth over $8,000 and there are more than 1,500 different cryptocurrencies in existence with a total market capitalization of over $200 billion. So, where will we be in 2030? I can’t say that I know for sure but I think it’s safe to say that blockchain technology will become ubiquitous in nearly every aspect of our lives. With decentralization at its core, blockchain technology has the potential to transform how industries operate and how governments function. As blockchain continues to grow and evolve, the need for transaction processing power will also increase exponentially. For this reason, mining pools like NiceHash have emerged as a way for people to make money by allowing their unused computing power to be rented out on demand. Furthermore, many new coins have emerged which are aimed specifically at solving problems within specific industries like Monero (financial services), VeChain (retail), or QTUM (supply chain).

In 2030, the cryptocurrency landscape will be very different from what it is today. For one, the industry will be much more regulated. The days of wild west ICOs will be long gone, and there will be greater scrutiny on exchanges and wallets. Additionally, there will be more government involvement in the space, both in terms of taxation and law enforcement. But despite all of these changes, crypto will still offer a lot of opportunity for investors and users alike. So whatever happens in the next decade, we can be sure that cryptocurrency is here to stay. Whether you’re looking to invest or buy some Bitcoin, blockchain technology has already given us an entirely new way of transferring value. As our society moves into the future, we’ll need to decide whether this new technology should simply supplement our current systems or replace them altogether. Regardless of which direction we go, I think its safe to say that cryptocurrencies are not going anywhere anytime soon.

How I See The Future Of Crypto (trends and opinions) 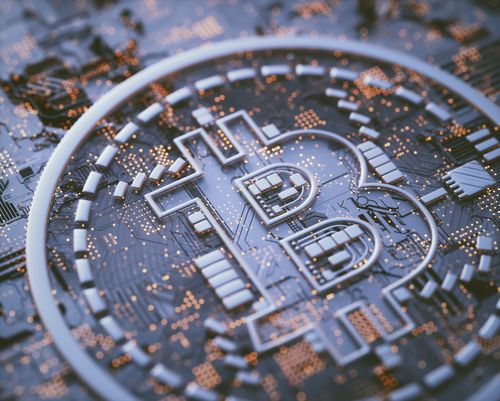 Cryptocurrency has a very bright future in my opinion. I think that more and more people will start using it and that it will become more mainstream. I also think that there will be more regulation around it, which will help to make it more secure. I think that we will see more innovation in the space and that new applications for blockchain technology will be developed. Overall, I am very bullish on the future of cryptocurrency and believe that it has a lot of potential. I think that, even though many institutions are trying to find ways to stop crypto by creating their own versions (e.g., Facebook), this is only going to lead to further adoption because everyone likes competition. In order for crypto to continue its upward trajectory, regulators need to provide clarity on ICOs and exchanges need better know-your-customer protocols.