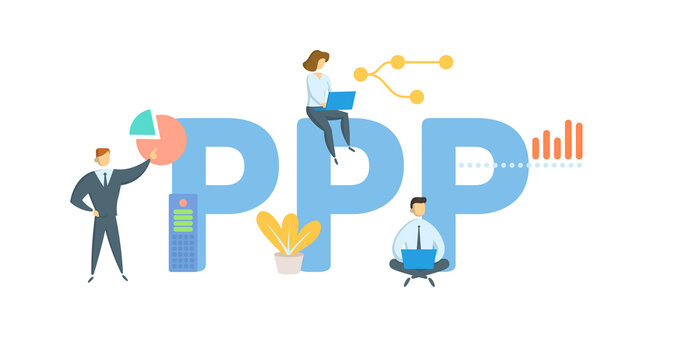 The concept of purchasing power parity (PPP) states that exchange rates should equalize the prices of goods between countries, or put another way, if you take the amount of money in your home country and convert it to the currency of another country, you should be able to buy the same quantity and quality of goods in that country as you can in your home country. While this theory holds true at many times, it’s not always true and in some cases, it’s completely false. This article will go over some different examples where PPP doesn’t hold true and what causes those instances.

How did PPP come about?

It is an economic theory that compares currencies based on a basket of goods approach. A country’s exchange rate should equalize the price of a basket of goods in each country. In other words, a dollar should buy the same amount of goods in all countries. To calculate purchasing power parity, divide the price level in one country by the price level in another. For example, if you spend $100 to purchase an iPhone and a Big Mac at home but then travel to Canada where you would have to spend $125 for those items then PPP = 1.25. If the PPP were greater than 1 (1.5 for example) then it would be cheaper to purchase goods from that foreign country than it is from your own. On the other hand, if the PPP were less than 1 (0.75 for example) then it would be cheaper to purchase goods from your own country rather than abroad. When we speak about the cost of living what this really means is how much it costs to purchase everyday necessities like food, gas, clothes and utilities. It can be calculated by taking the cost-of-living index number for the area or city you live in and dividing it by the national average number.

Purchasing power parity is a way of measuring whether or not a currency is over- or undervalued. It does this by comparing the prices of similar goods in different countries. This makes it an important tool for investors and businesses alike. While there are some limitations to PPP, it remains one of the most reliable ways to measure purchasing power, especially when considering the disparity between nations with vastly different economies.
A recent report from The Economist revealed that China’s cost of living rose by almost 20% between 2010 and 2014 while America’s actually fell by 10%. The differences can be seen most starkly when you compare how much people earn as well as what they can buy with those earnings. While Americans make more money than their Chinese counterparts, spending $1 USD doesn’t go nearly as far in China as it does in America.

Although PPP is a useful tool, there are some disadvantages to using it. First, PPP only measures relative prices, not absolute prices. This means that it can’t tell you how expensive something is in absolute terms. Second, PPP only applies to goods and services that are traded in international markets. This means that it doesn’t work well for services that are produced and consumed within a single country. Third, PPP only measures the price of a good or service in terms of another currency. This means that it doesn’t take into account other factors that affect the price of a good or service, such as transportation costs or tariffs. Fourth, PPP assumes that all goods and services are homogeneous (the same). This assumption is often not true in the real world.

How do you calculate PPP?

Purchasing power parity is a way of measuring the relative value of different currencies. To calculate PPP, you need to compare the prices of similar goods in different countries. For example, if a Big Mac costs $4 in the United States and £2.50 in the United Kingdom, then the PPP exchange rate would be $2 per £1. This means that one dollar has the same purchasing power as two British pounds. In other words, what you can buy with a dollar varies depending on where you are. The Economist’s Big Mac Index compares the price of McDonald’s hamburgers in various countries and it shows how this phenomenon affects people around the world. The international currency conversion tool at XE also does an excellent job of converting many types of currencies using daily market rates. So next time you’re about to spend your last dime on something that’s only worth a few bucks in your country, check out how much it will cost you elsewhere first!

Did you know that the value of a dollar changes depending on where in the world you are? It’s all thanks to something called Purchasing Power Parity (PPP). PPP is an economic theory that states that the exchange rate between two currencies is equal to the ratio of the two countries’ average prices for a basket of goods. In other words, it measures how much a currency can buy in terms of goods and services. If a country has a high cost of living, their currency will be worth more because they can purchase more with that same amount. When there is not an even distribution of wealth within an economy this can lead to increases in wealth inequality and poverty. The results of these inequities ripple through society and create social instability.

According to the World Bank, Purchasing Power Parity (PPP) is a measure of the relative purchasing power of different currencies. In other words, it’s a way to compare what you can buy with a dollar in different countries. The PPP rate is calculated by dividing the cost of a basket of goods in one country by the cost of the same basket of goods in another country. The result is then multiplied by 100, so that you can see how many percentage points the first currency has over (or under) the second. To give an example, if a pair of shoes costs $20 in the US and $150 in India, India would have less purchasing power than the US. That means that while they’re buying twice as much of something with their dollars, they’re only getting half as much value because they’re paying more per unit. As you might expect, developed countries usually have higher prices and thus higher values than developing nations because their economies are better off and people there have more money to spend on luxuries like shoes.

How does this affect me as an investor?