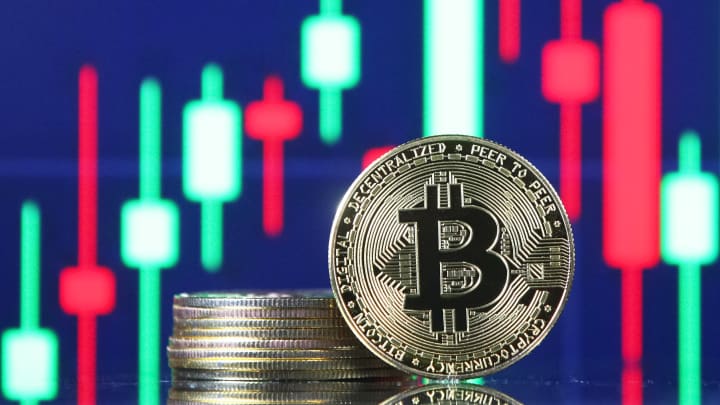 While many people still have no idea what Bitcoin even is, it has the potential to change the world as we know it, and transform the way we do business forever. Some people call it a bubble; others claim it’s the future of finance – but only time will tell what happens next in this rapidly developing field. In order to fully understand how cryptocurrency could impact our lives, however, it’s important to take a step back and look at how this revolutionary currency came to be.

Bitcoin is a decentralized, digital currency. Unlike fiat money, whose value comes from a government’s promise to make it accepted as legal tender, bitcoins are worth something because there are people who want them. This makes it an attractive prospect for speculators looking to cash in on its increasing popularity and value—and for investors and traders looking to buy or sell goods with little regard for their geographical location.

For example, you can buy bitcoins online from other people who have them in return for items like clothes or food, provided you use common sense (and don’t fall victim to one of many potential scams). You can then use your coins yourself or exchange them at an online exchange such as Mt Gox and Bitstamp.

4 ways bitcoin will change the world

1. Fraud risk can be reduced.
A worry when it comes to finance of any sort is fraud. You might be duped, either transferring funds or simply when you’re making a purchase on an insecure site. Fraud is possible and a major concern for everyone. New policies will help the customers who have been deceived in the past, as with regular currency, bitcoin is not linked to your bank account and is handled electronically and securely. This means that thieves cannot access your account and its funds easily.

2. Raise donations for your crowdfunding campaign.
Rather than only a few people being able to invest a large amount of money, crowdfunding can attract a diverse group of investors with small contributions. Consequently, this reduces risk. As less risk is involved, investors become more involved in the business. Bitcoin has the power to improve the world. Current Initial Coin Offerings are often times digital currencies, and they provide a different way for businesses to raise funds.

3. Change the way you transfer money.
Despite the benefits of wires and bank-to-bank transfers, they still have a ways to go. This transfer can take a week or longer, especially if it’s international. Crypto doesn’t have all the same checks and balances as the bank, which can cause the funds to be slower to be deposited. Whether an international or national transfer, crypto transfers are instant, with no transfer fees, and are fully trackable and securely stored in the blockchain.

4. Enhance online shopping.
Most people now make the majority of their purchases online, even during the holidays. It’s convenient because shoppers can do all their window shopping in the comfort of their homes and choose any day or time for when they want their purchases delivered. However, this means that we worry about becoming a victim of fraud more often. Not only does cryptocurrency offer a high level of protection against fraud for sellers and buyers, but transactions made with cryptocurrency also help protect against fraud for vendors. In addition, cryptocurrency transactions are permanent. Cryptocurrency not only reduces the risk of transaction but it also allows for new ways of conducting business internationally.

Questions to ask before you buy

Buying bitcoin is a risky bet. As such, it’s important to understand exactly what you’re getting into before taking your first plunge. While no one can predict exactly how bitcoin will pan out in coming years, there are some factors that could play an important role in determining their success or failure. Here are some questions to ask yourself before buying bitcoin: What is it? Do I really need it? Can I afford it? Am I well-informed enough to make a decision about whether or not to buy? What am I going to do with my cryptocurrency once I own it? Will I hold onto it for a year, day, hour—or will I trade regularly?

One of cryptocurrency’s key selling points is its decentralization, but it’s worth remembering that cryptocurrencies are created and run by people. What if Satoshi Nakamoto—the anonymous person or group that developed bitcoin—got hit by a bus? Well, in that case, no one would be left to update bitcoin’s code and progress could stall. Who’s at risk from unexpected changes in laws? Depending on your country and which cryptocurrency you buy into, there may be specific risks attached to it. As such, you should research how government regulation can impact its value both now and in coming years. In short: The more effort you put into researching your investment choice upfront, then less risky it is likely to be over time.

How to buy bitcoin safely

The process for buying bitcoin is different for each individual exchange. However, in most cases you’ll have to download their app and transfer funds into their system. Once that’s done, it’s time to trade your fiat currency for bitcoins. In most cases, there will be a bitcoin exchange rate that is used as a reference point; either manually set by administrators or an average from multiple exchanges. This price can then be adjusted up or down to reflect market demand (and fees). The most popular way to buy cryptocurrencies right now is through credit card purchases, but options are becoming increasingly varied as more investors become involved in cryptocurrency markets.

Bitcoins prices are set by the economy of supply and demand. The more demand, the higher the price. As more people start using cryptocurrencies in their daily lives, we should see a further increase in demand, causing prices to rise even further. The opposite happens when there’s less interest—prices decrease as people sell their holdings to try and raise money elsewhere. At any given time you can check online how much your cryptocurrency is worth; just as with conventional stocks or shares you can view price movements over a certain period to get an idea of where it’s going next.

The future success or failure of Bitcoin will depend on whether or not it can become a widely-accepted form of payment. If people are able to use Bitcoin to buy products and services in their daily lives, it could become just as ubiquitous as credit cards. However, if regulatory bodies move against cryptocurrencies, or if banks and other financial institutions try to restrict its use, then it may fail. If it’s only able to be used in limited circumstances or by certain people, then it won’t stand a chance against existing alternatives.

However, if it becomes a viable alternative for everyone from individual consumers to businesses and governments alike, then it has a much greater chance of being widely adopted. The average bitcoin transaction volume needs to increase dramatically over time for it to become a truly viable currency.